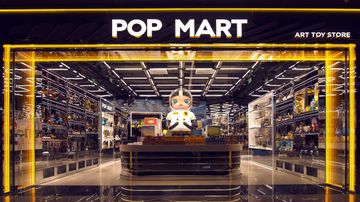 Shanghai, 11 Dec 2020: Private equity firm Loyal Valley Capital announces that the Pop Mart Initial Public Offering on the Hong Kong Stock Exchange (HKEX) has become the eleventh IPO among its investment portfolio in 2020. Loyal Valley Capital has invested a total of US$87.5m in Pop Mart and led its most recent funding round in early 2020, alongside other investors such as Sequoia Capital, which saw the company raise over US$100m.

The tally of 11 IPOs represents a significant achievement for Loyal Valley Capital, which was founded in 2015 by Andy Lin, previously CEO and Founder of China Universal Asset Management. Of the 63 companies in the Loyal Valley Capital portfolio, across verticals of consumer/TMT, healthcare and advanced manufacturing, the firm now expects to progress a further 12 through to IPO in 2021. Aside from Pop Mart, this year’s IPOs have included cosmetics unicorn Perfect Diary, which launched on the New York Stock Exchange, healthcare specialists InnoCare and Akeso, which had their IPOs in Hong Kong, and industrial automation control manufacturer, SUPCON, which listed on Shanghai's Stock Exchange STAR Market.

The consumer team at Loyal Valley Capital selected Pop Mart for investment due to its position as a market leader in a fast-expanding sector. China has a massive consumer market of 1.4 billion people and the 400 million growing, affluent middle class provides a huge potential customer base with strong purchasing power and demand for designer collectibles. Sales of pop toys and collectibles reached 20.7 billion yuan in China last year, according to a report by Frost & Sullivan.

“We focus on identifying companies like Pop Mart that are experiencing strategic inflection points, with sustained momentum, before they are widely available to the market. Pop Mart has built a commercial closed-loop process from IP incubation to factory production, from online and offline sales to content communities, which has enabled high margins and sets it up for a successful IPO.”

“This strong 2020 record of progressing portfolio companies to IPO is a result of our long-term deep thematic research and ability to identify potential market leaders through our rigorous investment process and experienced team at Loyal Valley Capital. We have consistently generated stable strong returns for our global client base, and we are looking forward to the upcoming IPOs in 2021.”