Retained Learnings from the books we read. 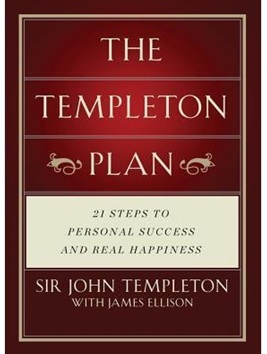 The Templeton Plan: 21 Steps to Personal Success and Real Happiness
Templeton spent a lifetime encouraging open-mindedness, he noted that the most important thing in being successful was to have strong conviction to guide your life.

Templeton spent a lifetime encouraging open-mindedness, he noted that the most important thing in being successful was to have strong conviction to guide your life. This he observed, was the common denominator in all successful people and enterprises. Taken as a whole, the lessons contained within his 21 step plan will help readers make lasting friendships, reap significant financial rewards, and find personal satisfaction.

Sir John Templeton known for his astute investment skills on Wall Street and through the Templeton Mutual Funds, has been described as arguably the greatest global stock picker of the twentieth century.

Sir John Templeton lays out the twenty-one guiding principles by which he governed both his professional and personal life. These principles are grounded in virtues that he considered important enough to be considered as “laws of life”- they include honestly perseverance, thrift, enthusiasm, humility, and altruism. Templeton hoped with this book, that sharing his principles would inspire others to seek their own laws of life, formulate their own plans, and find happiness on a scale exponentially greater than his own.